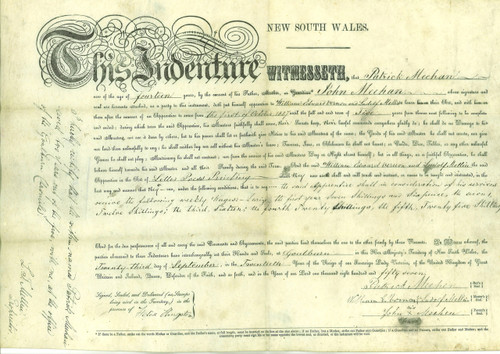 This Seminar focuses on Land Title Conveyances and Documents that were executed prior to the advent of the County Clerk’s registry of Title documents in the latter half of the 18th century. The lecture portion of the Seminar will begin with the original Royal Grant from King Charles II, to his brother, James the Duke of York and continue thru the Proprietory Period, the severance of the Colony into two Provinces, the workings of the East and West Jersey Boards of Proprietors. We will closely examine their conveyancing process, including a discussion of Politics under Proprietory Rule; thus leading to the Royal reclamation of government powers under Queen Anne and subsequent Royal Governors and Assemblies. Finally discussing the system of Quit Rents, Short Leases and Land title disputes; including Nicolls vs Carteret Grants, The Elizabethtown Bill in Chancery, The dividing lines between East and West, Indian vs Proprietory conveyances, squatters and the various events that would lead to Land Riots in New Jersey during the 17th & 18th centuries.

After the lecture portion of the Seminar, the class will attend a guided tour of the NJ Archives Division, specifically visiting the founding documents and subsequent Land Title documents of import. This tour would include an explanation of the ways in which the Title Researcher can access historical information and documents within the NJ Archives.

3 Credit hours of Continuing Education will be earned

This product hasn't received any reviews yet. Be the first to review this product!